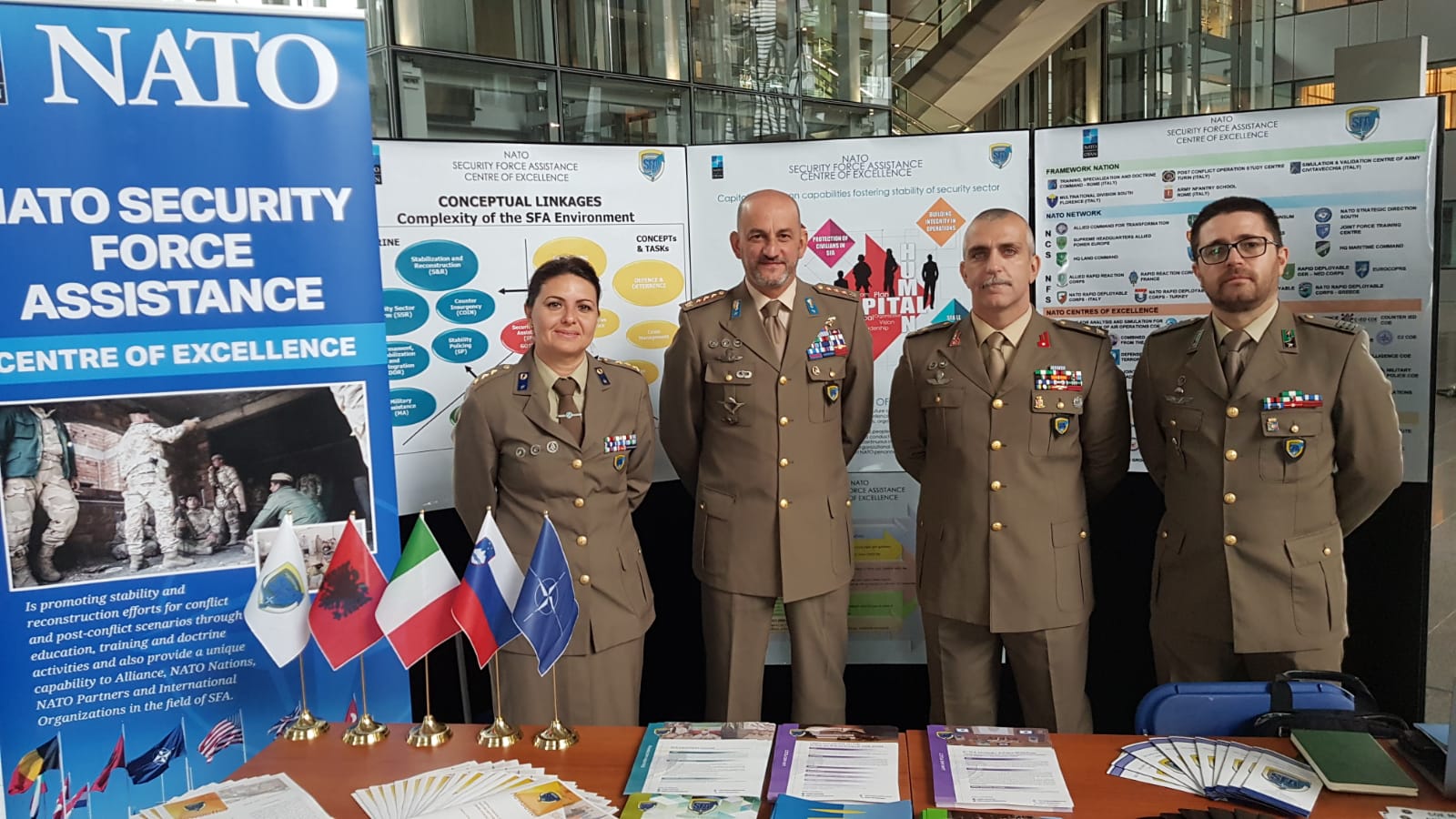 On the 15th – 16th of July 2019, a delegation from the NATO Security Force Assistance – Centre of Excellence participated to the NATO “COEs Marketplace” at the NATO HQ in Brussels

The NATO’s Deputy Secretary General, Ms. Rose Gottemoeller, has officially opened the event thanking all NATO Accredited COEs and highlighting their great work done in support of NATO so far.

The aim of this event was to provide an opportunity for all staff and national personnel at NATO HQ to meet representatives from the 25 NATO-accredited Centres of Excellence in order to recognize, understand and embrace the value of the expertise, support and advice provided by these NATO-affiliated organizations to the Alliance.

The Director and the staff presented the Centre and the main projects arranged in five lines of effort (Concept Development and Doctrine, Standardization and Interoperability, Education and Training, Lessons Learned and Law and Policy) to all national delegations and NATO HQ staff from the International Staff (IS), the International Military Staff (IMS) and the representatives from the other 24 Centres of Excellence.

The focus was to highlight the NATO SFA COE contribution to NATO transformation and the support to different NATO Activities in the field of doctrines and concepts and to emphasize the importance of the Human Capital (HC) as the most relevant “tool” to conduct SFA activities and foster an effective development of Local Security Forces capabilities.

In general, the inconstancy of the threat and the heterogeneity of the current and future scenarios requires a continuous and even more solid synergy between NATO and the NATO Security Force Assistance Centre of Excellence through the development of Human Capital.

The NATO SFA COE guarantees a continuous and punctual support to the HC through the study, analysis and research aimed at improving the capabilities of NATO personnel in the field of Security Force Assistance and related areas of interest at any level of operations.

The common goal is to shape and improve knowledge, skills, organization, procedures and attitudes of all the personnel which NATO daily employs to foster stability.

During the event, the NATO SFA COE also had the opportunity to run some different meetings with important NATO IS and IMS office in order to deeply discuss its projects and to booster future collaborations in support of NATO and other Entities. 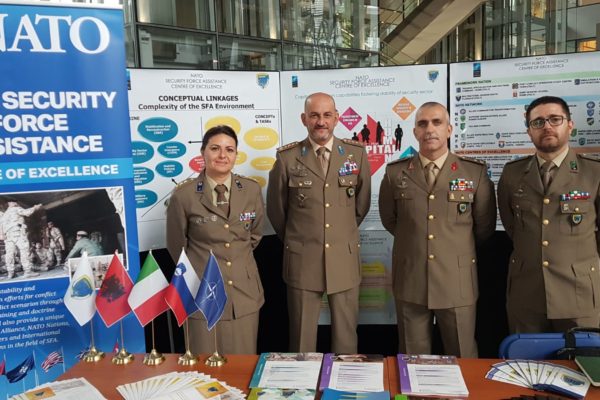 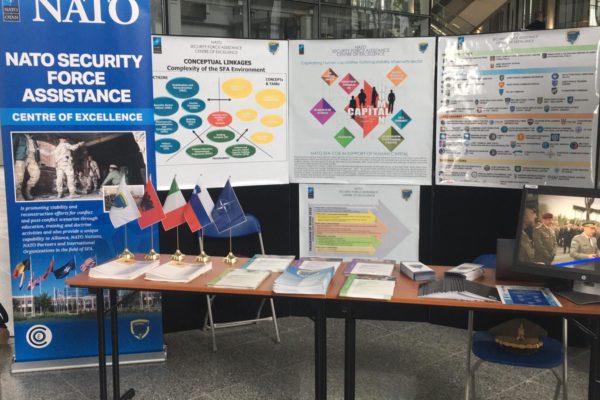