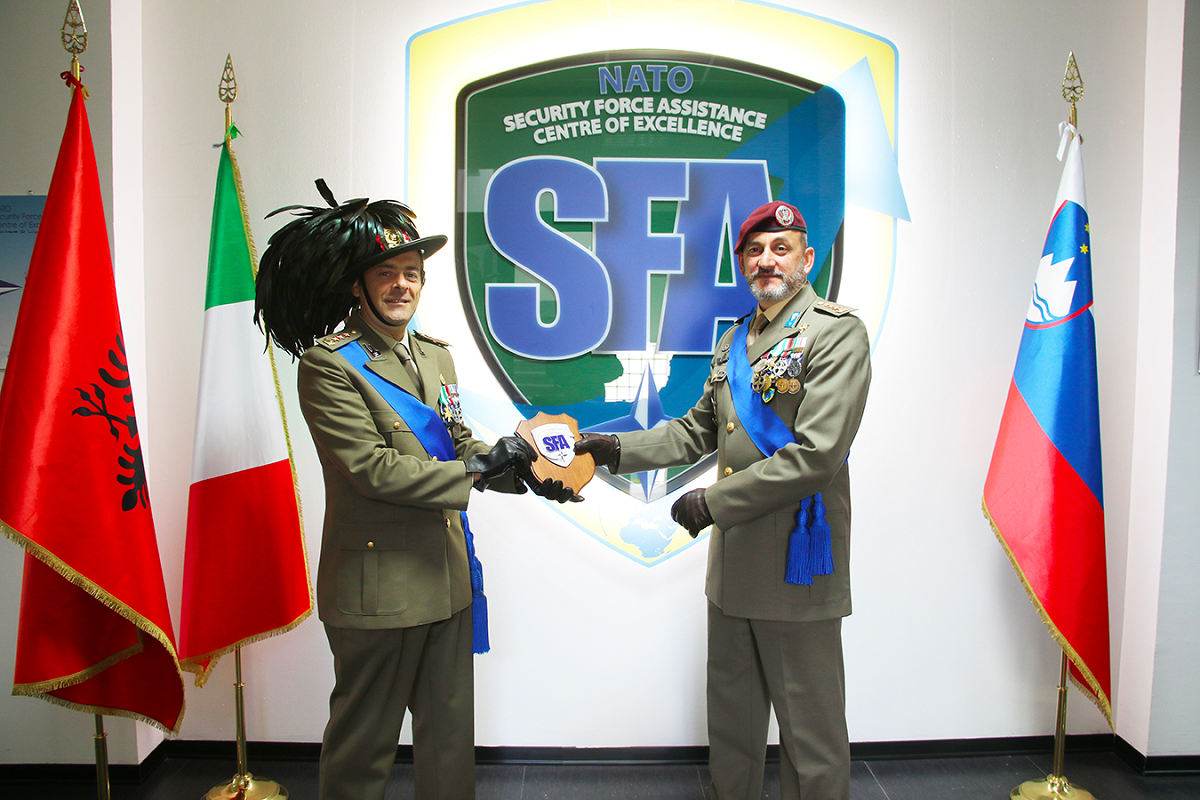 Today, 17th of April 2020, the NATO SFA COE has changed its Director

The ceremony was conducted with a limited presence of personnel due to the recent Governmental Decrees and the related provisions regarding the containment and management of the epidemiological emergency from COVID – 19.

Colonel MERLINO left the Centre after a long and intensive period that saw, firstly, the establishment of the COE as a multinational entity and, then, as a NATO accredited Centre of Excellence, formally joining the NATO COEs’ community.

Col. Merlino’s leadership and vision were focused on implementing the important role of the NATO Security Force Assistance within the NATO environment and among the international community, as well as benefiting the Sponsoring Nations’ intent to create a unique hub to support NATO on SFA subjects.

Specifically, Col. Merlino improved cooperation and interoperability and furthered an integrated, interdisciplinary and inter-agency approach in all NATO SFA COE activities aimed at developing new strategies in the complex endeavour of advising Local Forces and their related Institutions on security and capacity building issues.

Much cooperation and many relationships were concretely developed through workshops, seminars, NATO courses and technical agreements with NATO bodies, universities, International Institutes, and National military entities.

Of particular relevance are the collaborations established with the NATO Defence Institution and Capacity Building (DICB) directorate , which created a strong link with the NATO HQ in Brussels and SACT HQ in Norfolk (USA), and with the US JCISFA and DASC institutions.

The incoming Director’s previous assignment was the command of the 6th Bersaglieri Regiment in Trapani, where he was in charge of providing NATO the Over The Horizon Forces (OTHF) Task Force. He has a long experience in the international and NATO field, in particular, he served at NRDC – IT HQ as well as various NATO missions, such as the Stabilisation Force (SFOR) in Bosnia and Herzegovina, the International Security Assistance Force (ISAF) and the Resolute Support Mission (RSM) in Afghanistan. 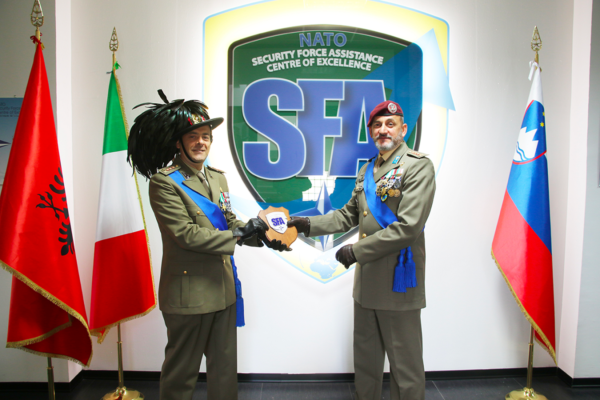 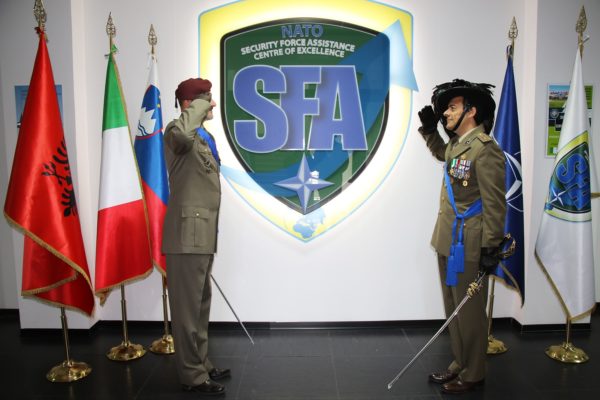 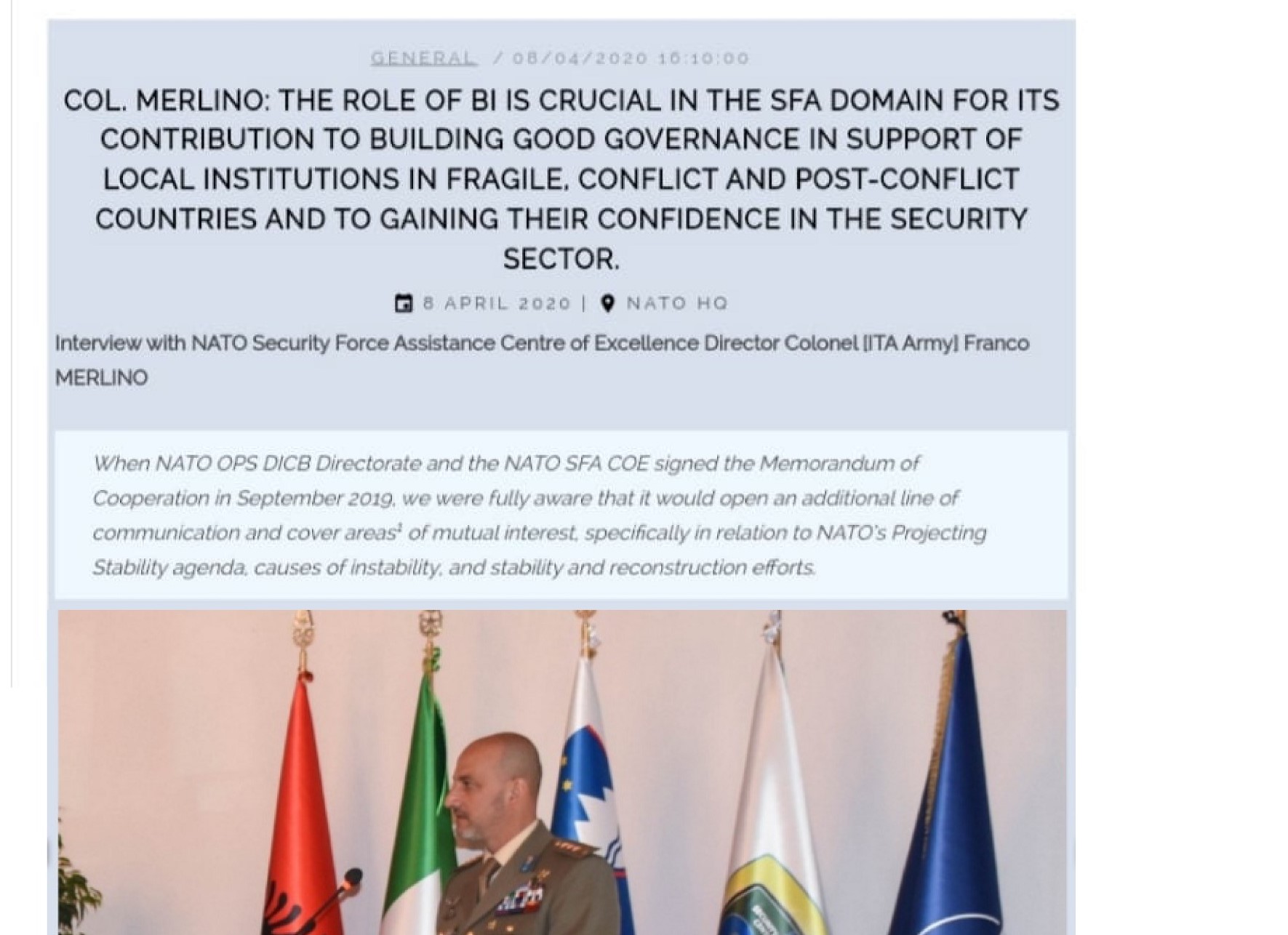