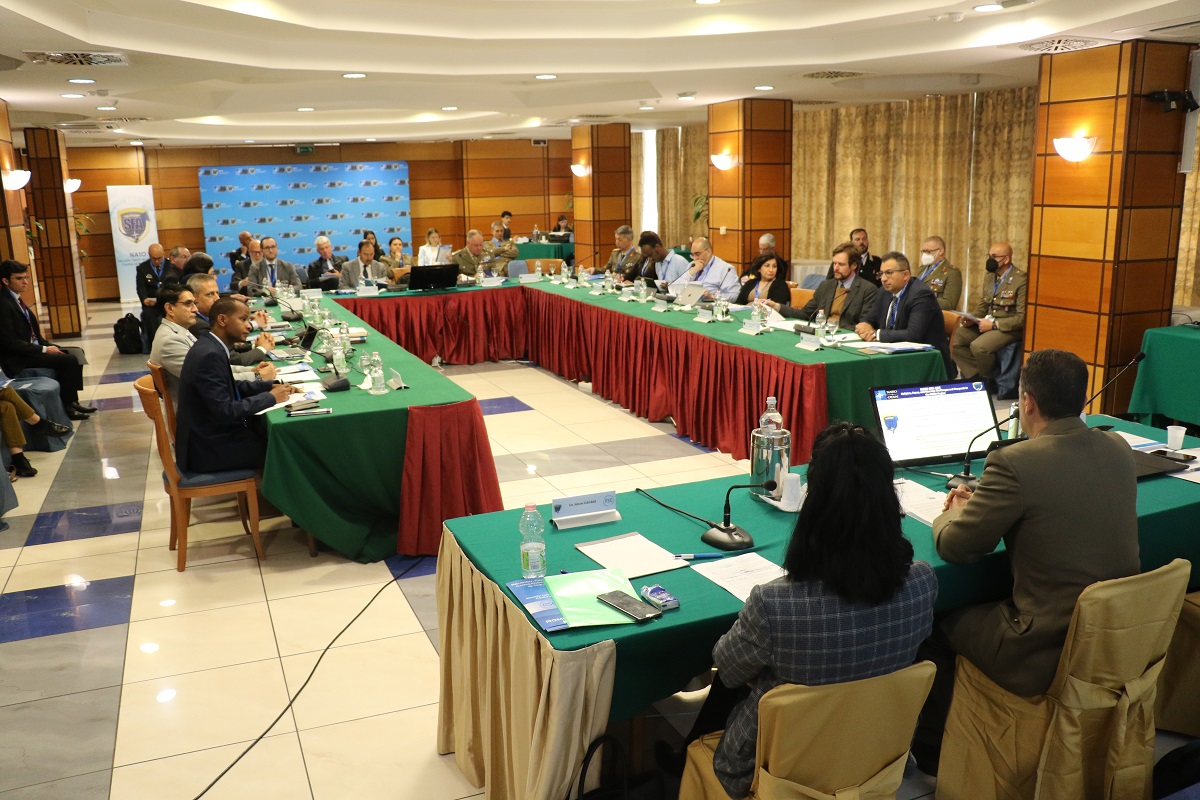 Seminar on the Religious Factor and Security

The seminar “Religion, Peace, and Security: Challenges and Prospects in the MENA Region”, organized by the NATO Security Force Assistance Centre of Excellence (NATO SFA COE) and the Religion & Security Council (RSC), took place on the 5th and 6th of May 2022, at the Air Force’s Casa Dell’Aviatore.

The seminar analysed the role that the “religious factor” can play in crisis management, conflict resolution, peace building and post-conflict stabilization processes, with particular attention to the area of strategic interest of ​​the “Enlarged Mediterranean” and the Middle East. During the event, organized in plenary sessions, authoritative speakers from Lebanon, Iraq, Jordan, Morocco and Tunisia, invited by RSC, animated the debate together with representatives of important research centres and universities (from Finland, France, Italy, Somalia, United States), of the Pontifical Council for Interreligious Dialogue (PCID), and of NATO (SHAPE, NATO Strategic Direction-South Hub), invited by the Director of the Centre, Col. Massimo Di Pietro, to identify, with the scientific coordinators, RSC Chairman Mr. Emiliano Stornelli, and Dr. Sihem Djebbi, a set of functional elements for the correct application of SFA in crisis areas.

In particular, the initiative aimed to underline how inter-religious dialogue initiatives and the role of religious leaders can represent in situations of conflict, an enabling factor to get out of radical strife, violence and extremism and to build situations of mutual understanding, tolerance and peaceful coexistence. Therefore, as also reiterated by the military authorities present, Lt. Gen. (retd) Salvatore Farina, President of the Army’s Study Centre, formerly Chief of the Army General Staff, and Maj. Gen. Stefano Del Col, former Commander of UNIFIL, it is essential to promote collaboration between military and civilians and to consider the positive dimension of religion also in the social and political field, to encourage dialogue and the creation of a relationship of trust between religious leaders based on mutual respect.

At the conclusion of the three panels (concerning the specificity of interreligious dialogue in the resolution of conflicts and in the construction of a lasting peace; the phenomena of radicalization and violent extremism; the training to promote reconciliation and peaceful coexistence) was followed by a constructive reflection of academics and experts aimed at providing important insights for the conceptual and doctrinal development of the NATO SFA COE in the analysis of the drivers of instability.

The seminar can be considered a milestone to start considering religion as a further facilitating factor in the stabilization and consolidation processes of institutions in crisis areas, on a par with other enabling factors that NATO identifies among the Cross-Cutting Topics, in order to help facilitate the understanding of the complex operating environment in which the Advisors, Mentors and Trainers of the Security Force Assistance are called to operate. 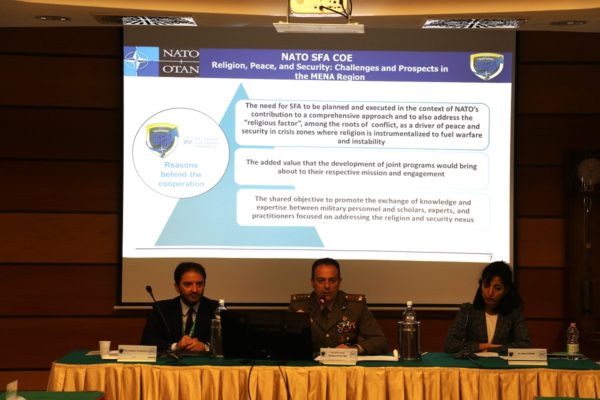 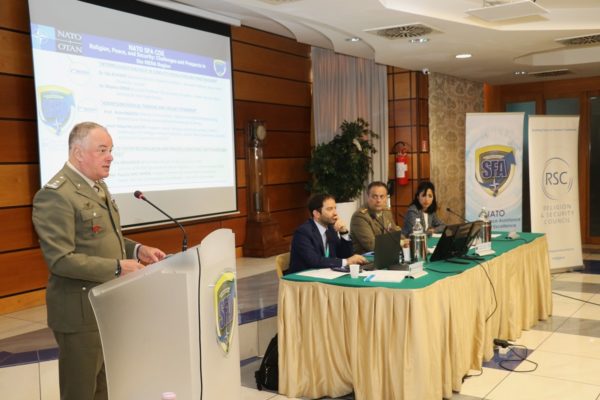 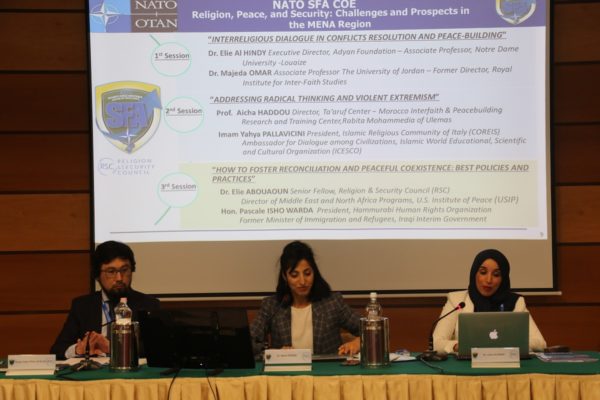 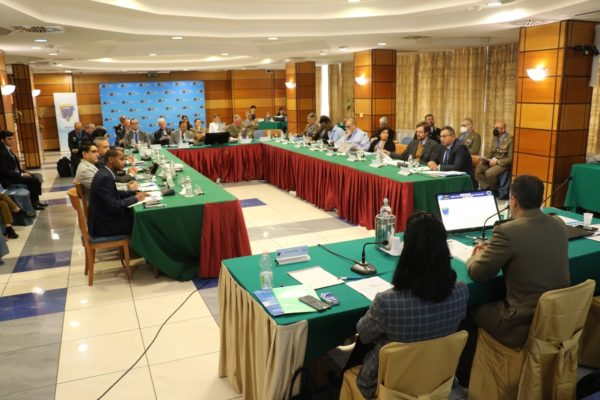 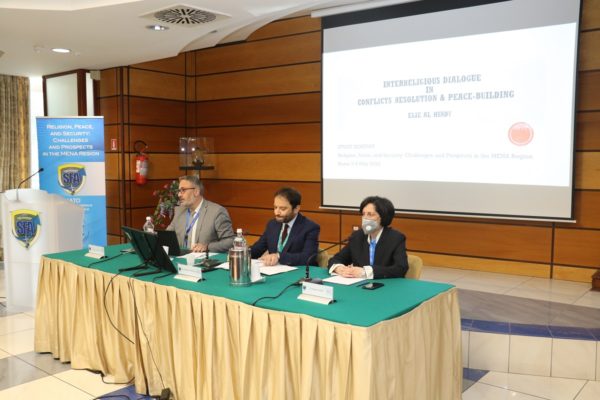 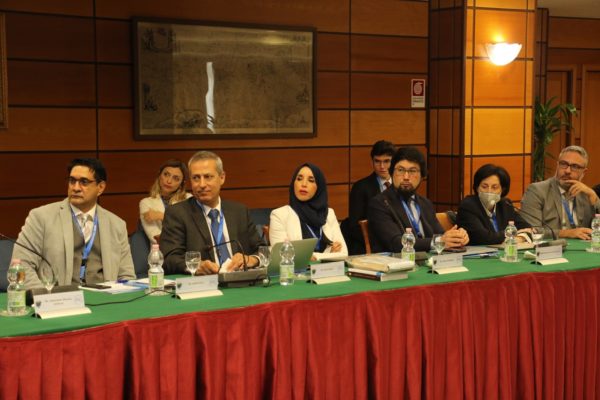 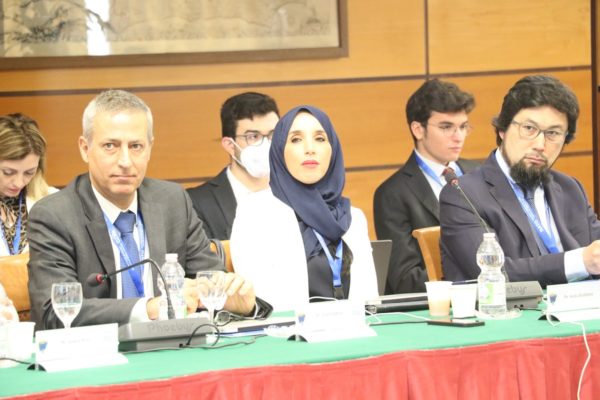 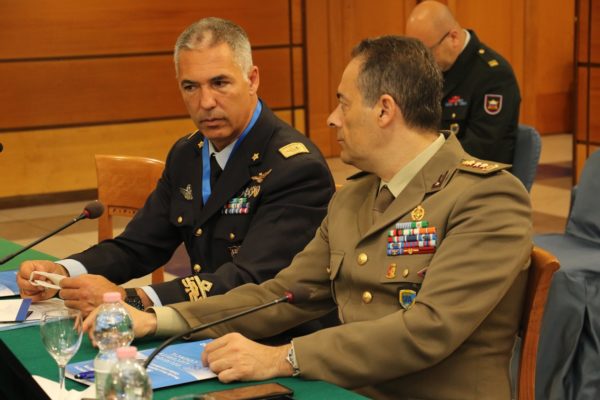 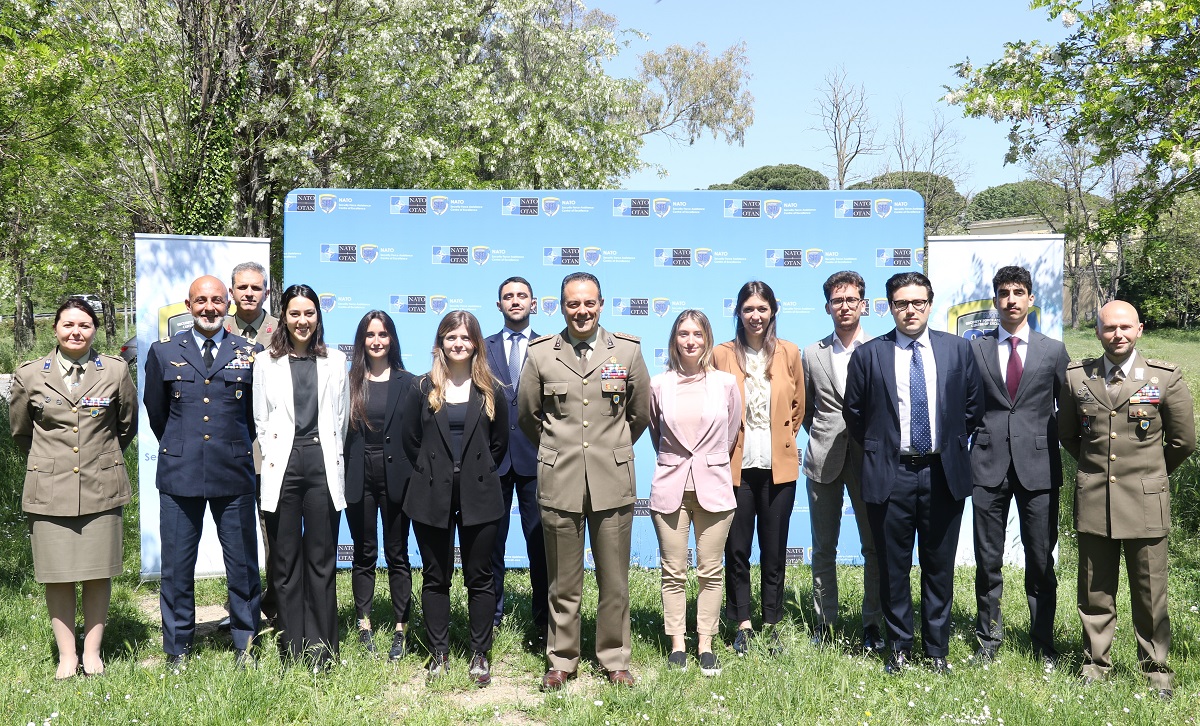